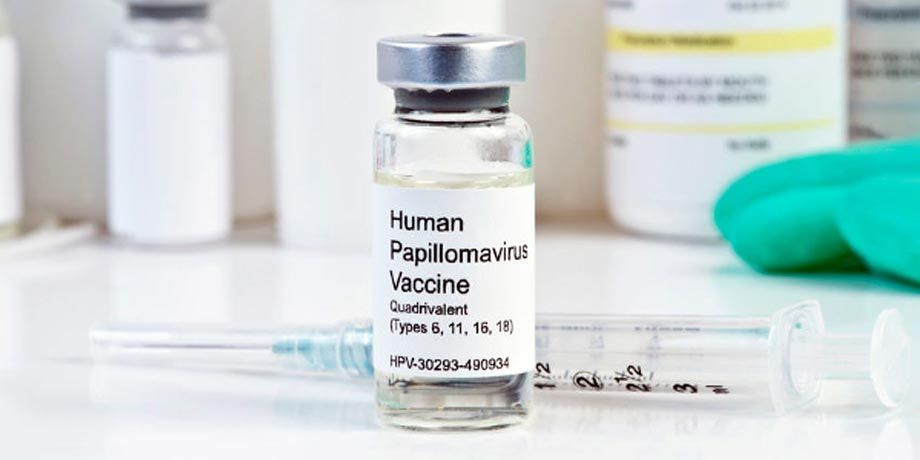 “How wonderful that we have met with a paradox. Now we have some hope of making progress”. Niels Bohr (Nobel prized for his works on the structure of the atom and chemical reactions)

Changing the natural history of cancer that increases in frequency and occurs faster.

It takes a long time to affirm that a preventive action really protects. But the failure of this supposed protection can sometimes be very quickly obvious. To prove that the Titanic was truly unsinkable would have required decades of navigation on the most dangerous seas of the world. Demonstrating that it wasn’t, took only a few hours … This » Titanic » demonstration is unfortunately reproduced by the Gardasil vaccination.

Evidence that vaccination increases the risk of invasive cancer can be rapid, if the vaccine changes the natural history of cancer by accelerating it. The analysis of trends in the incidence of invasive cervical cancer published in official statistics (registers) was studied in the first and most fully vaccinated countries (Australia, Great Britain, Sweden and Norway). Unfortunately, it’s the case for HPV vaccines.

Pre-vaccination period: spectacular success of cervical smear screening with a steady decrease in the rate of invasive cervical cancer.

In all countries that performed smear screening, the pre-vaccination period from 1989 to 2007 was marked by a significant decrease in the standardized incidence of cervical cancer.

In less than 20 years, the incidence of invasive cancer of the cervix decreased from:

Era of vaccination: reversal of the trend. Gardasil’s prevention failure erases the beneficial effects of the smear and accelerates the onset of cervical cancer.

Since vaccination, in all the countries implemented with a large vaccination program, there is a reversal of the trend, with a significant increase in the frequency of invasive cancers in the most vaccinated groups. Let’s look at OFFICIAL sources.

AUSTRALIA: contrary to the FAKE NEWS OF THE MEDIA AND POLITICS, REGISTER DOES NOT SHOW CANCERS OF THE CERVIX DISAPPEAR, BUT INCREASE.

Australia was the first country to organize routine immunization for girls (April 2007 school-based program for females aged 12–13 years, July 2007 time-limited catch-up program targeting females aged 14–26 years) and then for boys (2013). According to the last Australian Institute of Health and Welfare publication (2018 publication describing the detailed rates until 2014) [6], the standardized incidence in the overall population has not decreased since vaccination 7/100000 in 2007 versus 7.4 in 2014.

This global stabilization results from two contradictory trends that only appear by examining trends, according to age groups.

But, as the figures are very small, this increase does not reach statistical significance.

A drama known to one top athlete: Sarah Tait

This increased risk of cancer following vaccination was dramatically illustrated by the sad story of Sarah Tait, olympic rowing champion, at the 2012 London Olympics. This champion saw her life shattered in full glory: she suffered invasive cervical cancer a few years later, being vaccinated and died at age 33. Of course, we don’t know if vaccination was the direct cause of her cancer, but she has, statistically, a one in two chances of having suffered from a cancer linked to vaccination (to be part of the 113% increase of cancer observed after vaccination). In addition, we remark that cancer appears very early in this woman. In UK, a national program was introduced in 2008 to offer HPV vaccination routinely to 12–13-year-old and offer catch-up vaccination to girls up to 18 years old. The UK national program initially used the bivalent HPV vaccine (Cervarix), but, changed in 2012 to use the quadrivalent vaccine (Gardasil). HPV vaccination coverage in England has been high with over 80% of 12–13 years old receiving the full course coverage. The catch-up cohort has been lower covered (ranging from 39% to 76%).

Since the vaccination, the standardized incidence in the overall population increased from 9.4 per 100000 in 2007 to 9.6 in 2015. We observe contrasting trends between the age groups.

Vaccination promoters expected cervical cancer rates decrease in women aged 20 to 24 from 2014, as vaccinated adolescents enter their second decade. However, in 2016, national statistics showed a sharp and significant increase in the rate of cervical cancer in this age group. This information of 2016 has unfortunately not been publicized. They could have served as an alert.

In Great Britain, as in Australia, older, unvaccinated women have seen their risk decrease: SAME PARADOXICAL PHENOMENON OF GARDASIL IN SWEDEN: THE RATE OF CANCER INCREASES IN THE VACCINATED AGE GROUPS. ALERT! This increase is due -almost exclusively- to young women, which include all vaccinated, as evidenced by the sharp decline of the average age of onset of the cervix cancer from 48 years in 2002-2006 to 45 years in 2012-2016.

In this country, vaccination coverage is lower than in previous countries (close to 60%).

According to the Cancer Statistics Review 1975-2015 [12], the standardized incidence of invasive cervical cancer remains stable (+0.1) since vaccination.

The evolution of these countries, with high immunization coverage, can be compared to the trend observed in metropolitan France, where HPV vaccination coverage is very low (around 15%). France can be considered, for this reason, as a control country. In France [13] the incidence of cervical cancer has steadily decreased from 15 in 1995 to 7.5 in 2007, 6.7 in 2012 and 6 in 2017, much lower than those of countries with high vaccine coverage.

It is paradoxical and very worrying that these excellent French results, with low cervix cancer rate and low related mortality, could be jeopardized by an obligation considered in the short term by our policies, for some misinformed and other big pharma links [14].

DRAMATIC AND UNEXPECTED PARADOXICAL EFFECT OF GARDASIL: THE ALERT MUST BE GIVEN TO DECISION MAKERS AND THE MEDIA.

In all countries that achieved high HPV vaccination coverage, official cancer registries show an increase in the incidence of invasive cervical cancer.

For women under 20, the crude numbers are too small to reach statistical significance, but the similar increases in all the studied countries constitutes a strong alarm signal.

For women 20-30 the incidence increases after catch up vaccination, and is highly significant (p<0.01or 0.001). In these same countries, during the same period, older women, not vaccinated, have seen their risk of cervical cancer continue to decline.

Similarly, in metropolitan France, a country with low vaccination coverage, the incidence of cervical cancer continues to decline at a rate comparable to the pre-vaccination period.

These paradoxical results plea for a rapid revision of recommendations and intensive research to explain this catastrophic issue.

For additional research on the health risks of the HPV vaccine, visit the GreenMedInfo database on the subject. A full-time hospital doctor, Nicole Delépine has been fighting for 20 years to improve care for cancer patients. She is the author of about 100 original articles on the subject and has presented, in recent years, an average of 15 annual papers, of which 2/3 in international congresses.

Disclaimer: This article is not intended to provide medical advice, diagnosis or treatment. Views expressed here do not necessarily reflect those of GreenMedInfo or its staff.

Internal Site Commenting is limited to members.
Disqus commenting is available to everyone.

Step by step towards a healthy lifestyle

Manage Cookie Consent
To provide the best experiences, we use technologies like cookies to store and/or access device information. Consenting to these technologies will allow us to process data such as browsing behavior or unique IDs on this site. Not consenting or withdrawing consent, may adversely affect certain features and functions.
Manage options Manage services Manage vendors Read more about these purposes
View preferences
{title} {title} {title}
Skip to content